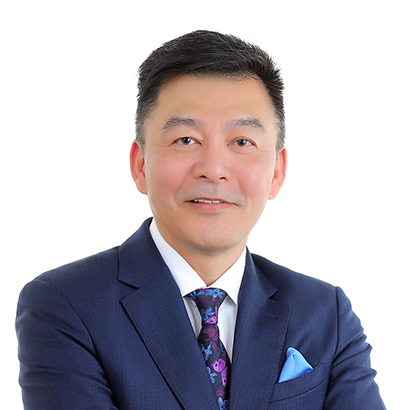 With over 30 years of extensive experience in the Asian cruise, hospitality, travel and tourism industry, Michael had successfully spearheaded numerous brands to new heights, especially for the cruise sector in the APAC region.

With decades of early-on experience in hospitality, Michael first ventured into the cruise sector in the year 2000, taking on a dual role as the Vice President of Sales & Marketing for Star Cruises and also as General Manager for the Singapore office. Michael further expanded his role in 2008 at a regional level as the Senior Vice President of International Sales for Star Cruises and subsequently for Dream Cruises and Crystal Cruises’ sales and marketing in Asia. Within the two decades, Michael was instrumental in developing the 3 cruise line brands, which was later known collectively as Genting Cruise Lines.

With valuable experience and expertise, Michael was appointed as the President of Dream Cruises in 2019, where he led the Dream Cruises brand into a new chapter of growth as “Asia’s Global Cruise Line”. With the pandemic global situation, Michael was at the helm of restarting Dream Cruises’ operations in Singapore, successfully rebuilding the cruise sector in terms of safety measures, supported by strong and healthy sales and demand.

Starting in May 2022, Michael had joined a newly established cruise line as President of Resorts World Cruises, which is headquartered in Singapore. In his new role, Michael will be leading the brand to create new milestones, starting with the Genting Dream in Singapore, the first ship of a planned fleet that are “Resorts Cruising at Sea”, which will further expand the Resorts Brand from land experiences – 46 properties, 8 countries, 4 continents and 80 million visitors a year – to the seas of the world.