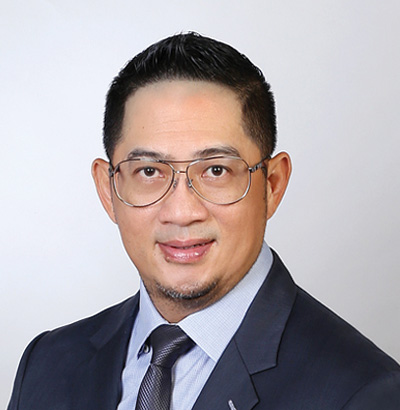 Steven has been in the travel industry for the past 20 years. He started as an airline executive in Abacus International and was responsible for managing the airline distribution solution.

During his tenure with Zuji/ Travelocity, he was also instrumental in building online contents, merchandising and partnerships for the region.

Steven joined American Express Travel and managed their global and regional supplier relations for 6 years. During this period, he received the Chairman’s award for his contribution in developing strategic programs.

Steven served in UOB Travel for the past 8 years and was promoted to the position of Executive Director. He currently heads the corporate travel, leisure, concierge and MICE division. Over the past few years, he has been developing new technologies and ventures into new grounds in extending the reach of their leisure business.

Steven graduated from the University of Leeds with a Masters in Art and he is also a Chartered Marketing professional. He is bilingual in English and Mandarin.

In 2016, Steven was instrumental in forming and chairing the NATAS-STB Business Transformation Committee as part of the Travel Agent Roadmap, which seeks to boost the industry’s capabilities through the areas of business transformation, technology and manpower. In 2017, Steven was appointed President of NATAS and was re-elected for a 2-year term from 2018-2020. Steven is serving his 2nd term as President of NATAS, 2020-2022.