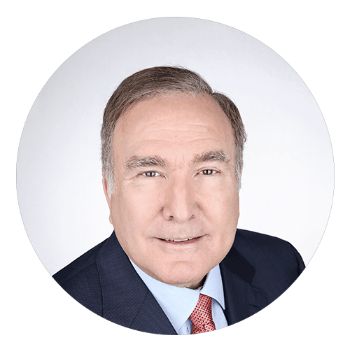 Since taking the helm of Royal Caribbean in 1988, Fain has guided the company’s growth to its current place on the S&P 500, as well as its repeat listing by the Ethisphere Institute as a World's Most Ethical Company. Twice, Barron’s has named him one of the World’s 30 Best CEOs for his vision and changing the course of the industry.

Fain serves on the Board of Trustees of the University of Miami. He is also a member of the board of the Posse Foundation and the executive committee of the World Travel and Tourism Council. He has been recognized with the Federal Maritime Commission's Earth Day Award, the Travel Weekly Lifetime Achievement Award, the South Florida Business Lifetime Achievement Award, the Ellis Island Medal of Honor, and membership in the South Florida Business Hall of Fame. The French government honored Fain as a Chevalier de la Legion d'Honneur, while the Finnish government named him a Commander, First Class, of the Order of the Lion.

Fain holds a B.S. degree in economics from the University of California at Berkeley and an M.B.A. from the Wharton School of Business at the University of Pennsylvania. Fain and his wife, Colleen, have four children and seven extraordinary grandchildren.