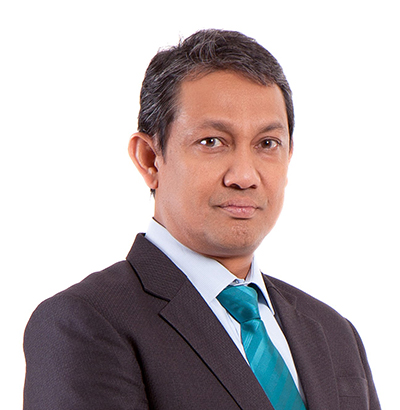 Mr. Mohamad Halim bin Ahmedwas appointed as the Under Secretary (Maritime Division) since October 2018. With over 30 years of experience inmaritime field, he hasserved in Marine Department Malaysia from 1996to 2018and throughout this period,heheld a number of high profile positions which include Head of Ship Safety, Head of Seafarer Development, Head of Aids to Navigation, Director of Safety Navigation and Maritime Attaché Iin High Commission of Malaysia for the United Kingdom and Northern Ireland (2016-2018).

Mr. Mohamad Halimholds a MSc. In Maritime Affairs from World Maritime University and Master of Foreign Going Ships from New Zealand Maritime Safety Agency. He has received professional achievementsthroughouthis service such as Excellence Service Award in Public Service for 2016 and been also appointed as a Chair of the Organising Committee, 13thIALA International VTS Symposium, 2016 at Kuala Lumpur. Besides that, he has attended and appointed as Head of Delegation in various international meeting such as International Maritime Organisation (IMO), International Association of Marine Aids to Navigation and Lighthouse Authorities (IALA) and International Labour Organisation (ILO). Besides that, he has presented papers in various international conferences, seminars or workshop for the past 5 years.