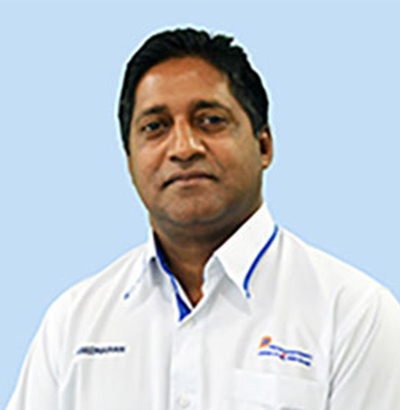 Born on 12th August 1969, he holds a degree in Business Administration Management, Association of Business Executives (ABE), United Kingdom. He had undergone Terminal Management and Leadership Programme training in the University of Kent, United Kingdom and the Leadership & Management Programme, University of Oxford. Starting 2016 until the present, he is the CEO of Penang Port Sdn. Bhd.

He is also the Vice-Chairman of the Penang Chapter & Committee Member of National Level as well as a Member of Penang Cares Association and Malaysia Research Developmental Organisation (MRDO).